A Description of the Property

The state belonged to the Sofroniou family and was acquired by the Municipality of Agios Athanasios. The ‘listed’ buildings making up the whole of the property are beingrestored to their former glory under the supervision of Architect and Civil Engineer, Mr Christos Shiamaris (Christos Shiamaris & Associates) and will become one of the most beautiful examples of traditional architecture.

The whole structure consists of several buildings, some traditional clay ovens, and courtyard.

There are separate entrances which can be approached from three different roads to the courtyard of the surrounding buildings.

In the southeastern side of the property, the building was used by Coop Bank (SPE) of Agios Athanasios, in its founding years of August 1929 until 1980.

A brief description of the buildings are detailed below

Building A (a traditional residence) is a two-storey building with auxiliary rooms (kitchen, dining room, living room) with an small adjoining building used for storage purposes on the ground floor. An external staircase, made of chipstone and attached on one side of the wall,which is a rarity of the period, leads to the first floor where there are four other rooms which were used for bedrooms and living room. There are other similar examples of this type of external stairs to be found, built by the same craftsman, outside Agios Athanasios municipality.

Building B consists of two rooms, one room with a stone built arch and another room which was added on for general amenities. This building was used as the living quarters of the workers and servants of the house. The aim is to convert it into a cafeteria to provide necessary services to the visitors of the museum.Outside, in the courtyard, there is a building which was once used as a barn.

The buildings C and D are rooms that seem to have been previously used by the Coop Bank as a storeroom and warehouse. Provisions are being made to convert this building into a historical testimonial of the Coop’s early beginnings, which will include photographs, typewriters, files, along with other materials and equipment used during that period.

Building E with its high ceilings and a wooden mezzanine was used as a warehouse and will be converted into a media room.

Besides the spacious building sites available for the exhibits, the building itself has outstanding traditional features, highlighting the traditional way of life of a wealthy rural family, for example the residence included ancillary accommodation for servants,a shop, storage rooms, a courtyard, traditional ovens, wells and gardens.

It is further stated that the building is 80 meters from the Central Square, in front of our Town Hall and the courtyard area will be used for outside events as well as the sitting area outside the cafeteria.

The project is fully funded by the Cooperative Savings Bank of Limassol and Christos Shiamaris has been assigned to prepare a study on securing planning permission and/or planning approval for the conversion of existing buildings into a museum with all necessary provisions and services required for the establishment of a fully functional museum complex.

The Municipality of Agios Athanasios together with the Cooperative Savings Bank of Limassol have appointed a special museum advisor to assist Mr. Shiamaris in successfully designing and constructing a Museum built to the specifications as described above. 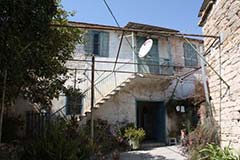 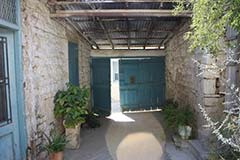 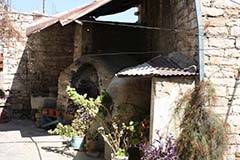 We use cookies on our website to give you the most relevant experience by remembering your preferences and repeat visits. By clicking “Accept All”, you consent to the use of ALL the cookies. However, you may visit "Cookie Settings" to provide a controlled consent.
Cookie SettingsAccept AllReject AllRead More
Manage consent

This website uses cookies to improve your experience while you navigate through the website. Out of these, the cookies that are categorized as necessary are stored on your browser as they are essential for the working of basic functionalities of the website. We also use third-party cookies that help us analyze and understand how you use this website. These cookies will be stored in your browser only with your consent. You also have the option to opt-out of these cookies. But opting out of some of these cookies may affect your browsing experience.
SAVE & ACCEPT
Powered by